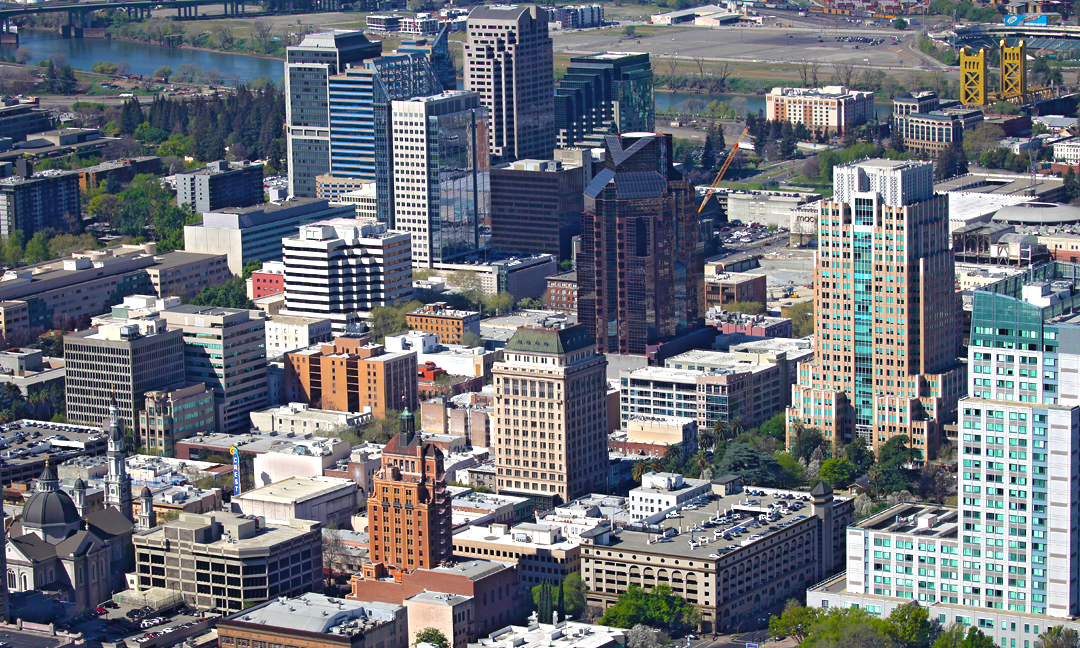 For decades, Sacramento has been considered a secondary or tertiary market.  For those who bought-in 3 to 5 years ago, they are now reaping the benefits.  Now that the office market has reached equilibrium, it is only a matter of a couple years until we will see meaningful uptick in construction of speculative office product.

Before the end of the year the most significant private sector deal was announced. Centene bought Health Net and immediately expanded in the Prospect Park submarket (Highway 50).  But the biggest deal – that was put together through the efforts of multiple public and private sector players including the City of Sacramento, The County and GSEC – is Centene’s projected 1.25 Million expansion into the North Natomas Market.

New construction:  For 2017, we had 670,000 of office space under construction.  It was not long ago that less than 20,000 square feet was under construction.  The majority of this new construction is pre-leased; for example in Roseville Adventist Health is building 242,000 square feet, Kaiser is building 194,000 square feet and in Sacramento Dignity Health is building 68,000 square feet.  The biggest and most notable speculative project is The Ice Blocks development at 16th and R Street in Midtown Sacramento. The Ice Blocks Development is definitely raising the bar for Sacramento by delivering an awesome urban infill project that includes several cutting edge retailers and market rate housing.   First tenants will be moving in around May.  Heller Pacific is the developer who has added to the Midtown vibe with developments like MAARS located at 20th and J Street.

The overall vacancy factor for office space inched closer to single digits (10.3%) and the central business district is currently hovering around 9.1% (it was 8.6% going into the 4th quarter, but we saw negative absorption of 95,000 S.F.)  Markets with the lowest vacancy factor are:  Midtown and East Sacramento (about 5% combined), Folsom at 7%, Roseville and Rocklin at about 8% (which by the way was sitting at over 15% just three years ago.

Overall Market Rents at the end of the 2017 averaged about $1.80 per square foot.  The CBD asking rent was at approximately $2.90 for class A space and the overall average asking rent is $2.45.  So, when you are looking at buildings in and around downtown with rents below $2.00 and in some cases lower that $1.65 these properties could be a great value for tenants and value add investors.  Midtown Sacramento is another market with huge upside as properties are renovated and rents increase.

Sales in the Sacramento region really accelerated in 2017, particularly for class A properties.  In the CBD, three Class A properties in excess of 50,000 s.f. with an average price per square foot of $224 per S.F. Comparatively, in 2016, 400 Capitol Mall and 520 Capitol Mall sold for $343 and $340 PSF respectively.  For additional insight into “who owns what” take a look at: https://sacramentobacon.com/who-owns-sacramento/

And in the first week of January, 621 Capitol Mall sold for about $420 a foot.  Institutional Investor Shorenstein was the buyer, and this purchase is its first buy in Sacramento.  This is national news that adds to Sacramento’s momentum on the national and international stage.

In South Natomas, the submarket immediately north of downtown,  the Evergreen Company paid $55MM ($174 a foot) for Natomas Corporate Center (2485 and 2495 Natomas Park Drive).  This is a bargain for the iconic project.

2018 should be another very positive year with continued growth in Healthcare, Insurance, Education, Energy and Technology.  Who knows where our next new companies will come from, but I bet we will begin to see a steady increase of migration from the Bay Area combined with organic growth.