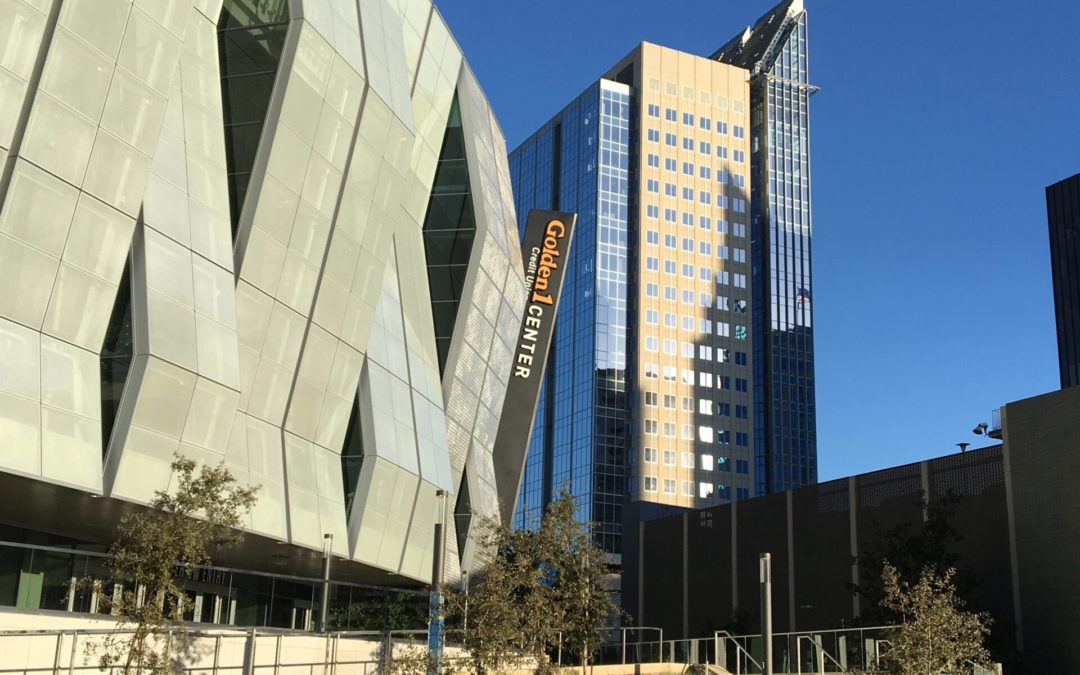 The Sacramento Kings staying in Sacramento was great, but the Golden One Arena and its profound ripple effect  is the biggest game changer since the Gold Rush. Other cities (San Diego, Denver, San Francisco, etc.) have developed new arenas and the impact on their economies have been great. However, in relative terms, Sacramento’s Arena will probably turn out to  be far more significant.  We have already seen an appreciable uptick in investment activities. Hotel development is happening with more to come, office buildings are selling and Landlords are feeling pretty good.  For  both retail and office tenants (and this is where the “almost” comes in) the future is complicated; On one hand you have an evolving Core with added amenities, then on the other, you have spiking rents and diminished choices.

When compared to other cities, the reason why The Sacramento Arena project is more significant in relative terms is because Cities like San Diego and San Francisco already had a lot going for them: international destinations, corporate support, and natural beauty.

For this discussion, let’s take a look at San Diego and the impact of Petco Park. The total project cost about $450,000,000. Petco Park was competed in 2004. Since then, there has been over a $2 billion in development around Petco Park. The development consisted of 3,500 residential units, 957 Hotel Rooms, and 610,000 square feet of office space. Since 2004, the assessed value of real estate tripled. Petco Park created 19,200 jobs.

But the Boom in San Diego is like adding an extra layer of frosting on an already amazing chocolate cake. For Sacramento, the Golden One Arena is the cake. The Arena combined with the potential expansion of the convention center is going to change our whole community. There will be more hotel rooms, restaurants and housing. The tax revenues are going to increase commensurately, and the City of Sacramento will realize a solid return on its investment. According to the San Diego Business Journal, the City realized an annual return of 7.6%.

By 2021 I predict that we will see the addition or renovation of 1,000 hotel rooms (The Sawyer adds 250 rooms and there are rumors of about 300 rooms near the Tower Bridge in West Sacramento.)

The CBD office market will tighten considerably, and there probably won’t be more than 500,000 square feet added to the inventory in the next 5 years.  There are several sites, but the cost of construction requires rents the market is not quite ready for.  Plus we need more tenant demand in the private sector.  Certainly Kaiser Hospital Helps.

The Arena (like Bacon) makes everything better.  If you are looking to make a move in the office sector (whether you are looking to develop buy or you need to renegotiate your lease or find a new location) Please contact me at (916) 761-1202.  tbacon@kiddermathews.com.