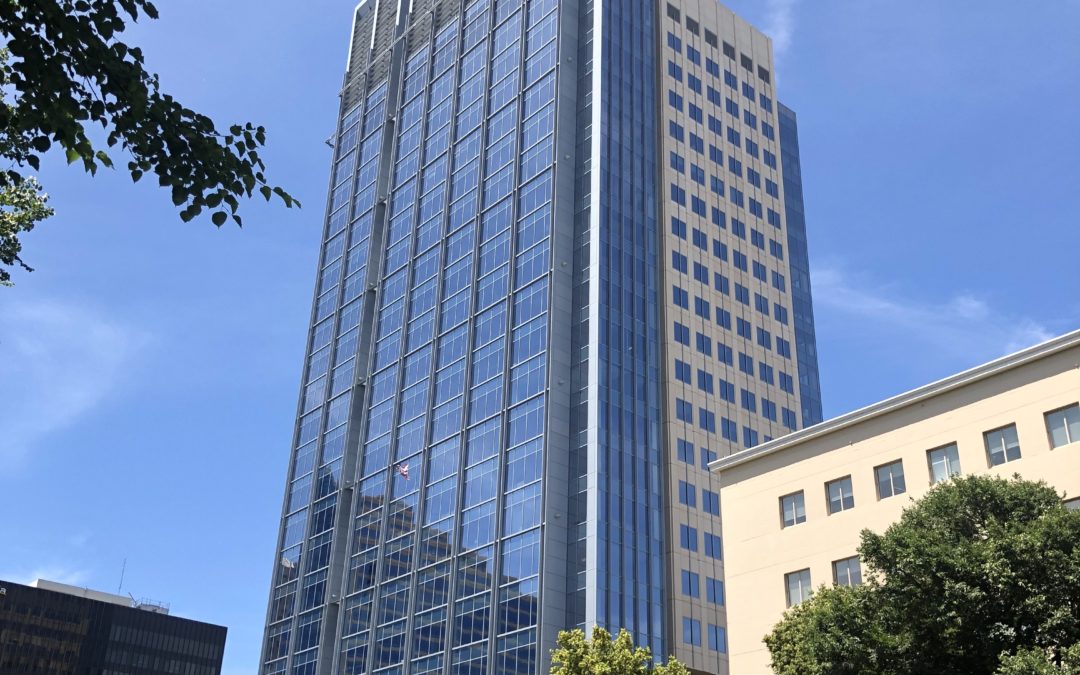 Sacramento’s Time has come to shine

When I moved to Sacramento in 1991, The Kings were six years old. The Railyards development was being touted as the next big development in downtown – with big projections for office buildings and some housing. Now – 30 years later, with several owners and a multitude master plans, The Railyards is about to explode with residential developments, a new Kaiser Hospital and a new 750,000 SF courthouse.
Historically, in commercial real estate circles, the talk of Bay Area companies moving to Sacramento bounced along, pinning hopes on the Silicon Valley following INTEL to the region. In relative terms, Sacramento has diversified from a government town to a city with multiple economic engines in life sciences, technology, health care and business services. As we head into 2022, I think that Sacramento is going recover faster, relative to most other markets in California.

Was it really two years ago when Covid gripped our psyche and changed life as we know it? I distinctly remember mid February 2020. Sacramento was on a roll – Downtown Sacramento was the place to be and the number of companies looking in the region was surging. Optimism was everywhere. Then COVID took center stage in March, followed by the George Floyd Protests centered in downtown.  In late 2021, the office occupancy in downtown Sacramento was under 30% (office buildings were leased up, but no one was coming into the office.) Without the daytime population, restaurants have had a tough time keeping the doors opened, and as if this wasn’t enough pain – no one wanted to go back to work, so the cost to hire and retain help spiked.

While it will take some time for Downtown Sacramento to fully recover, it won’t take long for people to remember what made Downtown great.  More housing is coming on line, and businesses are starting to cautiously come back to the office. Certainly, the way we use office has changed, but the the long term effect on the office space market will be negligible in Sacramento.

The State has an order to reduce its office occupancy by as much as 20% and this is aspiration has been accelerated by COVID. However the State’s roundhouse punch is the plan to vacate privately owned office buildings. This plan has in place well before COVID, and we have seen the initial implementation of this plan with the completion of three office buildings south of the Capitol totalling over 1.2 Million square feet. The buildings include the Natural Resources Building, the Capitol Annex and the Department of Health Services.
Meanwhile, just north of Downtown at 7th and Richards Boulevard, The State is building an additional 1.2 Million SF for Consumer affairs.  If you would like a copy of the State Consolidation plan, please contact BCRE and we will gladly send you a copy.

Diversity:  Fortunately, Sacramento’s office economy has diversified significantly.  While the State of CA will remain the largest employer in the region, Sacramento has a so many more business segments that fuel our economy with investment, employment and innovations.  Consider California Northstate University (CNU), a privately held medical school that will be building a new hospital in North Natomas.  If they keep growing, CNU could end up moving into one of the the downtown office buildings the State has vacated.

Relativity:  Relative to major markets in California and throughout the US, Sacramento is still a bargain:  The average price of a Sacramento office building was $220 a SF in 2021 while the national average was $330 a foot.  This disparity has attracted many institutional investors.  The cost of living coupled with the increase in remote working has resulted in a significant influx of skilled workers from the Bay Area.  So, while this has not yet caused a significant increase of office demand, it will.  Besides, Sacramento is a great place to live!

For more information regarding the current office market in Sacramento, please contact Tom Bacon at tom@baconcre.com  or call (916) 761-1202.