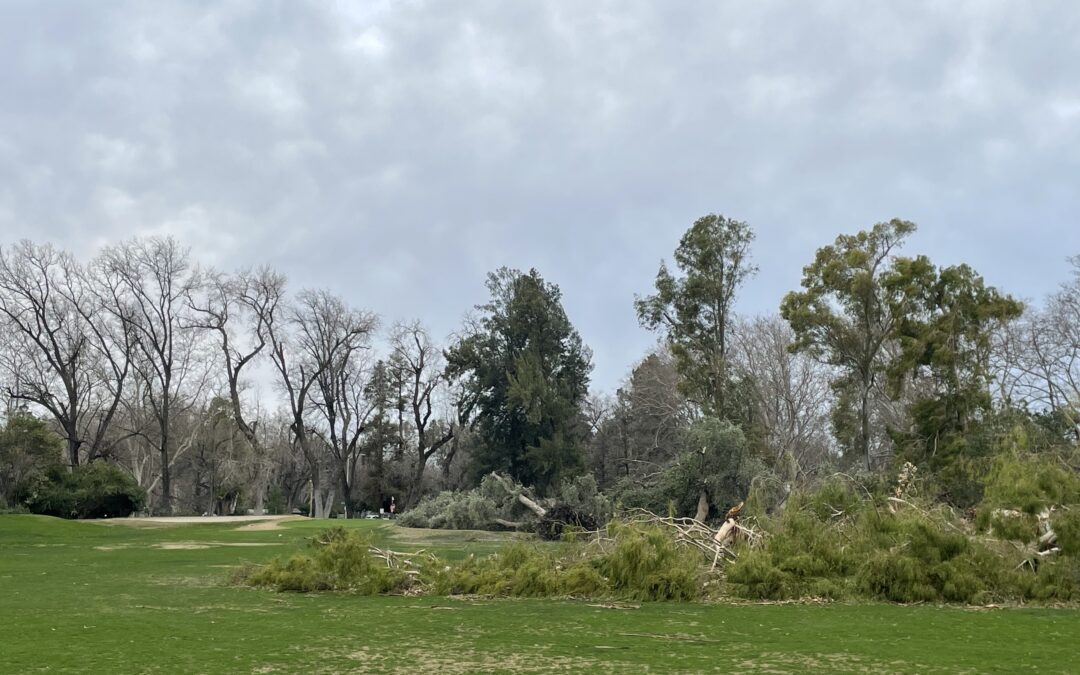 I was on the golf course with a new friend of mine, Bill. We met a few months ago when I was out practicing my short game at Land Park. We started talking and we ended up playing 9 holes.  Bill is a much better golfer than me, and he really gave me some good pointers.  Since then, we played a couple of times – until the storms hit.

Bill is a philosophical guy, and the inspiration for this story – and weekly stories to come.

The last time we were at Land Park, we didn’t play, we just walked.  Land Park was decimated by the storms. Every step felt like you were walking on a soaked foam pad. So it’s no wonder that at least 50 trees were down. Are your kids looking for spending money – Lend them money for a chainsaw!

If you play at the Cradle, you know that the 4th hole is the hardest – or at least it was. The key to the hole used to be the tee shot. The fairway bends gradually from left to right. So, before the storms hit, It was essential to hit the ball down the left side of the fairway. If you went right (even in the fairway,) your 2nd shot to the green was blocked by towering eucalyptus and oak trees.      Bill and I shared stories of miraculous saves for par and for “Triples.”

Well, if you are a golfer, you know that “golf is life” – you make decisions shot by shot, day by day; hopefully you make the right decision. Bill talked about how he used to drink a lot when playing.  He made very bad decisions that led to bad shots. As usual, Philosophical Bill shared a quote:

“Emotions come and go and can’t be controlled, so there is no reason to worry about them. That in the end, people should be judged by their actions since in the end, it was actions that defined everyone.” -Nicholas Sparks