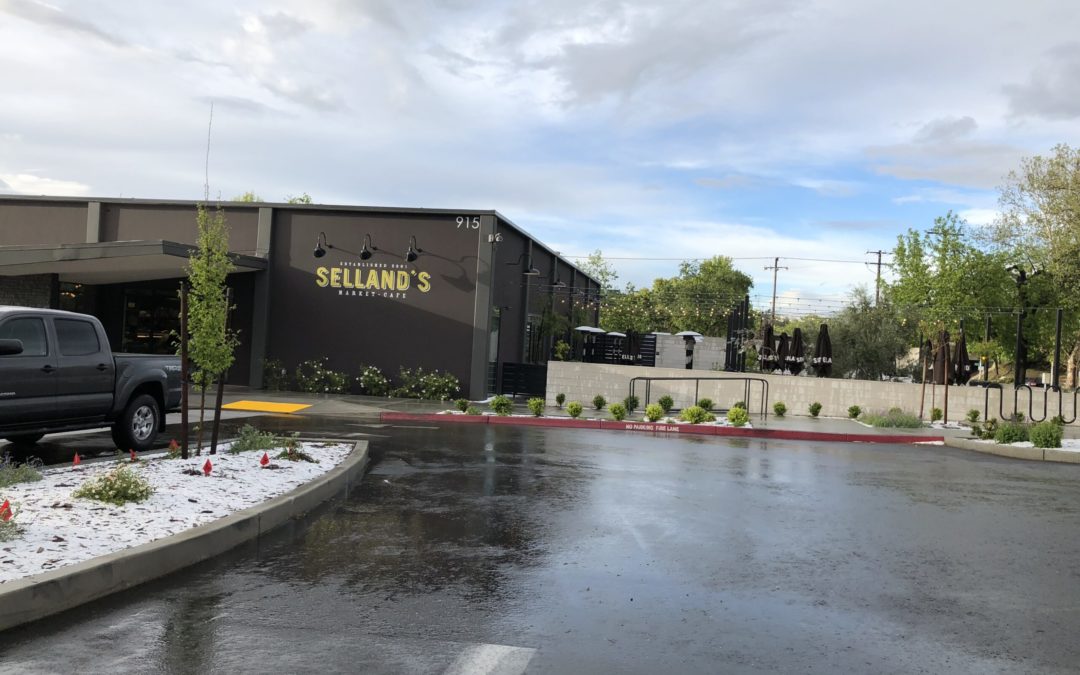 When I moved from Manhattan Beach to Sacramento in 1991, my new bride and I arrived behind the wheel of a Uhaul at 9:00 PM.  We had a 800 S.F. rental lined up on Harkness in Land Park.  We had no keys to the place, so we had to call the owner.  He staggered out of his car about an hour later speaking incoherently.

We got into the place and decided to grab a bite to eat.  At 10:00 PM there was literally nothing open other than a Burger King.  When we got back to the place with our Whopper, Fries and matching crowns, my wife Joanne stared at me in disbelief, started to cry, and then said, “I can’t do this.  I cannot live here.”  Well that was then, and besides the divorce (which was percolating from that first bite of the Whopper) there are probably 50 new restaurants in the Core (Downtown and Midtown) that did not exist.

And  in case you didn’t notice, the Broadway Corridor is not-so-sneakily emerging as the next popular destination in Sacramento.  Broadway has always been a destination for many going to Tower Theater, Tower Cafe and several ethnically diverse restaurants including, Mexican, Chinese, Thai, and Ethiopian cuisine.  One restaurant trail blazer on Broadway is Bill Taylor who opened Willie’s Burger in 1991- and later – Flat Iron on Broadway.

The Broadway Renaissance has been awakened with several notable developments from the east to west:

Selland’s Cafe and Bike Dog Brewery at 9th and Broadway.  Selland’s opened up in early 2017, and since then, there has always been a line to order up lunch or dinner.  Selland’s features a special dinner for two with a bottle of wine for $25.  If you get tired of the wine you can go checkout Bike Dog next door for your favorite brew!

Broadway’s Redux  by Indie Capital, a niche developer that develops smaller infill residential projects, is building a few homes along the north of Broadway between 9th and Riverside.  They also just closed on some additional land in the vicinity.

Noah’s Bagel with Pete’s Coffee, Sour Dough Bread Co. and Chipotle is currently being developed next to Willies Burgers on 16th and Broadway.  For several decades the northeast corner of 16th and Broadway was a parking lot that served as parking for Tower Records (Now Dimple Records).

The Mills A residential development project at 5th and Broadway.  The Mill’s Development is situated on the former Setzer Lumber Mill.  Homes range from around 750 Square feet to about 2,000 S.F.

401 Broadway Then there is the resurrected Developer, Sotiris Kolokotronis in partnership with Grupe, who is planning to build a four story 59 unit apartment project  .  Grupe acquired this site several years ago, and now the market is ready for it; rents have risen to support new apartments and houses.

So, if you are looking for some good food or a contemporary place to live close to Downtown, Land Park with easy parking and great access, then you need take a look at Broadway!  If you are looking to buy or sell or lease real estate – or you just need a little market insight – call or email me at (916)761-1202 or tom@baconcre.com.